The continuous plants have a duplex type central filtration system, which is used for melt filtration, both from Pall or from other suppliers. It is critical to filter the contamination and the gel from the PET melt to ensure the quality of the final product and increase the spin pack life at the spinnerets. 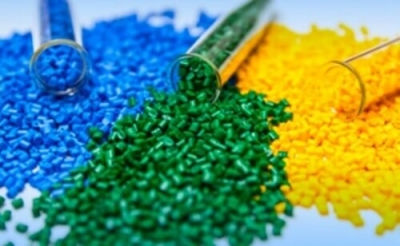 Historically, the customer had worked with two major European element suppliers of fan pleat element design and found marginal improvements in on- stream life while switching from one supplier to another. These two plants are producing various specialty PET resins in various intrinsic viscosities and with different additives with frequent changes.

The customer wanted to see the performance of the Pall technology and test it in the most challenging production unit. If tests go well, they indicated to apply it to other manufacturing plants, where they wanted to increase the capacity and the onstream life.

This manufacturing line typically needed 3 sets of replacement elements a year. From their experience, every set of the fan pleat elements was able to filter about 10,000 tonnes of polymer per year.

An onstream life comparison did not make sense because of the frequent product changes, therefore a long-term (12 month) comparison was planned. The goal was to:

These systems had fan pleat type filter candles. Two sets of Ultipleat polymer filter candles, using the Laid Over Pleat (LOP) design, were purchased to be used in one of the continuous PET resin plants.

A bundle of twenty eight (28) filter candles with similar dimensions and micron ratings were designed to retrofit the customer’s existing housing in the first line. The filter housing was kept unchanged, only the internals were replaced to fit the new Pall elements. Each Ultipleat polymer candle provided 1.2 m2 (12.92 ft2) in filter area, an increase of approximately 25% over the existing candles. The goal for the new Pall filter candles was set to filter at least 15,000 tonnes of polymer per set.

The comparison test between the Ultipleat polymer candle and the competitor’s elements started at the beginning of 2017.

By December 2019, 24,500 tonnes of polymer has been filtered with
one set of Ultipleat filters, exceeding the original target by 160%, and the competitor performance by near to 250%. They are still in use after more than 25 cleaning cycles without any mechanical and material damages.

In 2019, Pall delivered the next generation Ultipleat Plus candles, hich has even more filter area, providing 1.45 m2 (15.56 ft2) in filter media area, an increase of 50% over the fan pleat candles. These candles have been in use in the other production line with thirty seven (37) candles per housing. 8,600 tonnes of polymer has been filtered through one set within 9 months, and has been cleaned seven times without any issues.

We will get in touch with you very shortly.